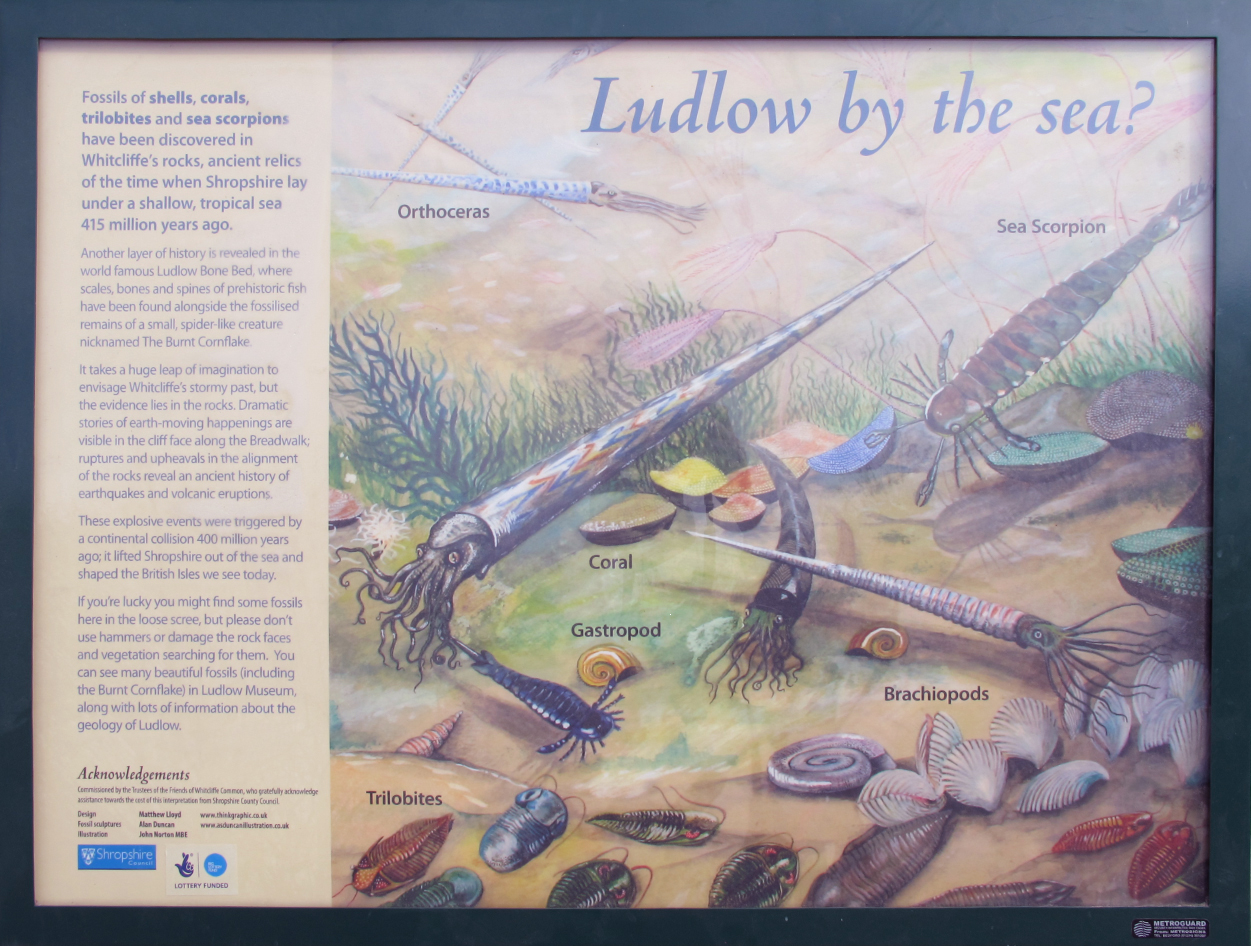 The banks of the Teme contain a number of geological sites of world importance, with the name ‘Ludlow’ being given to the period of geological time used throughout the world for strata laid down between 423 and 419 million years ago, towards the end of the period known as the Silurian.

One of these, the Ludlow Bone Bed, is a layer of dark sand containing numerous remains of primitive fish, especially their scales, along with plant debris and insects. At the time of its discovery this was believed to be the earliest evidence for life on land and taken as the base of the Devonian Period. The science of geology has taken a number of local names from these studies and now applies them worldwide, in recognition of the importance of this area to scientific understanding, for example Ludlow Series and Whitcliffe Formation. The site is now an SSSI (Site of Special Scientific Interest) and still attracts international studies.

Although the Ludlow Bone Bed is our most famous outcrop of Silurian rock, don’t expect to see dinosaur bones poking out of the rocks!  The “bones” are actually the remains of prehistoric fish and fragments of charcoal, tiny but very important since these mark a change from the shallow seas where the other rocks of Whitcliffe Common were made, to a point much closer to land, eventually becoming cloaked in primitive vegetation which caught fire and burned. This happened at a time when plate tectonics was closing the ancient ocean to the west, evidence for which can be seen within the Common as layers of dust erupted from volcanoes and contortions of sediment disturbed by earthquakes. 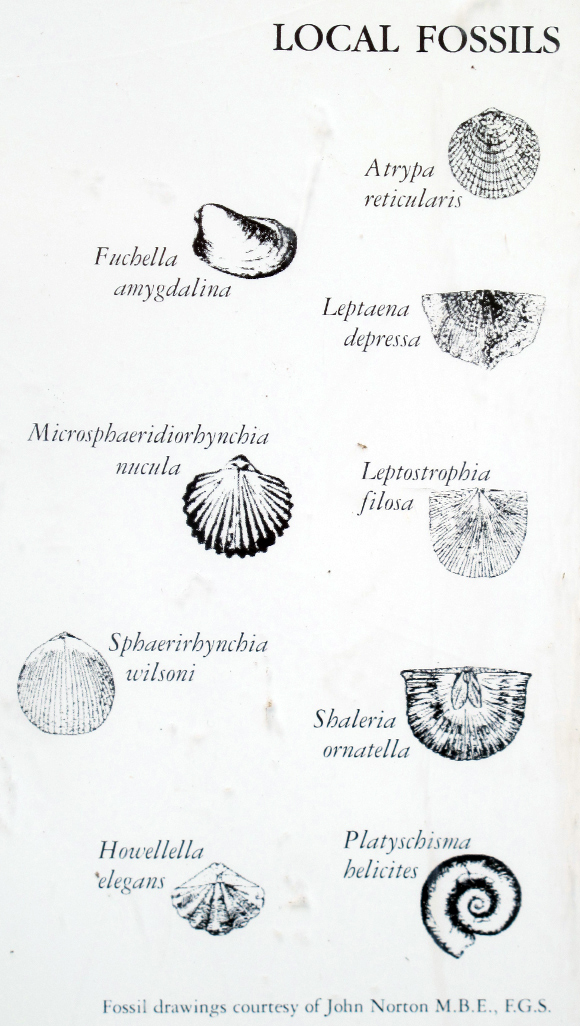 More information about the geology of the area can be found in the publications section of the website of the Shropshire Geological Society.

You can find out about the fossil casts along the Breadwalk here.